Centripetal is a force required to move a body uniformly in a circle. This note provides an information on Centripetal and Centrifugal Force.

Centripetal is a force required to move a body uniformly in a circle. The force acts along the radius and directed towards the center of the circle. When a body moves in a circle, its direction of motion at any instant is along the tangent to the circle at that instant. As shown in the figure, the direction of the velocity of the body goes in changing continuously and due to this change, there is an acceleration given as,

where v is linear velocity,ω is angular velocity of the body and r is radius of the circular path,

As, F = ma, centripetal force is

This force acts along the radius and is directed towards the centre of the circle.

The outward force experienced on a body when it changes its direction of motion is called centrifugal force. It is a fictious force because it only comes to play when there is a centripetal force.The magnitude of centrifugal force is same as that of centripetal force, mv2/r and direction is always away from the centre of the circular path. It is not real force and this force is due to inertial property of the material body.

Difference between Centripetal and Centrifugal Force

Bending of Cyclist at Circular Point

When a cyclist takes a turn, he bends toward the centre of circular path and horizontal component of normal reaction is directed towards the centre provides the necessary centripetal force for the motion. Let us consider cyclist of mass m going in a circular path of radius r with constant speed (v) at an angle ofθ with vertical. R can be resolved into Rcosθ and Rsinθ along horizontal and vertical motion. Here RcosV balances weight and Rsinθ give necessary centripetal force.

Dividing equation(ii) by equation (i)

The relation gives angle through which a cyclist tilts with vertical while going in a circular road of radius r at a speed of v.

Motion of Vehicle in a Curve Path

When a car goes around a horizontal curved road, it requires a centrifugal force to remain a circular path here. While rounding the wheel car have a tendency to leave the curve path is frictional force exerted by tire on road. Let f1 and f2 be the friction force exerted by wheel towards the centre of circular path.

From law of friction

From law of friction

V = velocity of car when rounding the curved path

The equation gives a maximum velocity car can take a circular path of radius r and coefficient of friction μ. If velocity is increased more than v1 then the skidding of a care move out of road. The equation is applicable for a vehicle of any mass from bicycle to car.

Curved road are banked so that its horizontal component can supply the required centripetal force. So, resolving (R1 + R2)cosθ whereθ is angle of banking.

To increase velocity we can not depend on friction because it causes wearing and tearing of wheel. We can tilt normal toward the centre of curved road. So, the R1 + R2 can be resolved inR1 + R2 sinθ andR1 + R2 cosθ here θ is angle of inclination.

Centripetal is a force required to move a body uniformly in a circle.

The gravitational force provides the centripetal force for planets to revolve around the sun.

The outward force experienced on a body when it changes its direction of motion is called centrifugal force.

The passenger in the bus moving through curved path experiences centrifugal.

Curved road are banked so that its horizontal component can supply the required centripetal force.

Videos for Centripetal and Centrifugal Force 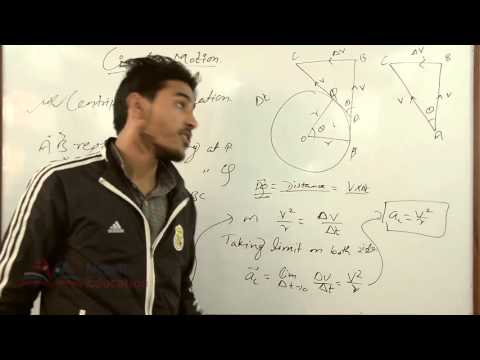 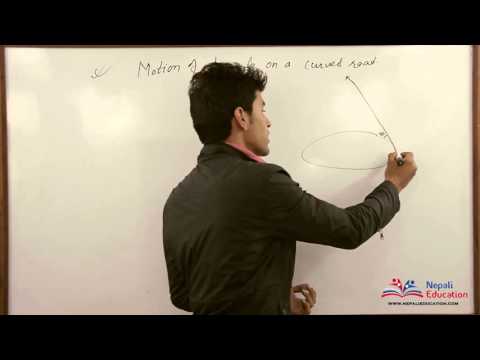