Simple Pendulum and Oscillation of a Loaded Spring

This note provides an information about simple pendulum ,time period , the vibration of a particle in a horizontal spring .where ω2=kmω2=km is a constant. This shows that the acceleration is directly proportional to the displacement and is directed towards the ean position. Hence, the motion of a horizontal mass-spring system is simple harmonic motion.

Simple Pendulum and Oscillation of a Loaded Spring

The weight (mg) of bob acts vertically downward in the position say B. The height is resolved into two components.

Where ‘a’ is acceleration of bob.

The time period T of the pendulum is

\(a \propto y\) and is directed towards mean position so motion of simple pendulum is simple harmonic.

Hence, time period of a simple pendulum is

Hence the length of seconds' pendulum is 99.3 cm.

Vibration of a particle in Horizontal Spring

Let us suppose the spring S with negligible mass which is attached to a wall and the other end to an object of mass, m. The spring S with an object are laid on a horizontal table. If the mass is pulled slightly to extend spring and then released, the system vibrates with simple harmonic motion. The center of oscillation O is the position of mass at the end of the string corresponding to its natural length, i.e. when the spring is neither extended nor compressed.

Let l be the extension of the spring and F be the restoring force set up in the spring. Then from Hook's law

where k is known as spring constant. Negative sign shows that the restoring force acts opposite to the displacement of the mass.

If a is the acceleration produced in the mass, then we have

Therefore, from equation (i) and (ii), we have

This shows that the acceleration is directly proportional to the displacement and is directed towards the mean position. Hence, the motion of a horizontal mass-spring system is simple harmonic motion.

Now from above equation, we have,

Which is the required expression for the time period of oscillation depends upon the mass attched to the spring.

Vibration of a particle in Vertical Spring

Consider a light, elastic spring of force constant K. Let its one end be attached to a rigid support such as on ceiling and a mass is attached at the other end as shown in the figure.

Where a load m is attached, the spring extends and let l be the elongation produced as shown in figure. The restoring force on the spring is

Let the load is pulled down through a small distance y, then the restoring force F2 is given as

Hence, the motion of a loaded vertical spring is simple harmonic.

If the load attached on the spring is pulled and lefft, it will start to oscillate. It's time period is calculated as given below:

For a oscillating loaded spring

Videos for Simple Pendulum and Oscillation of a Loaded Spring 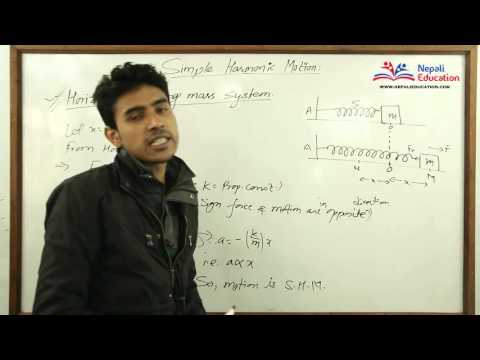 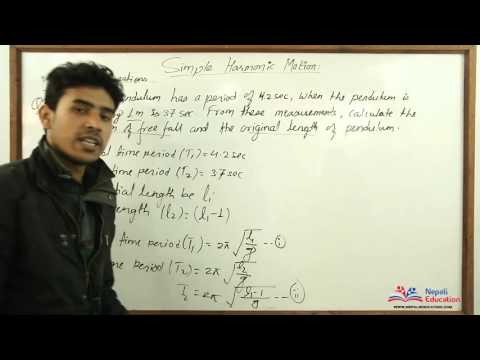 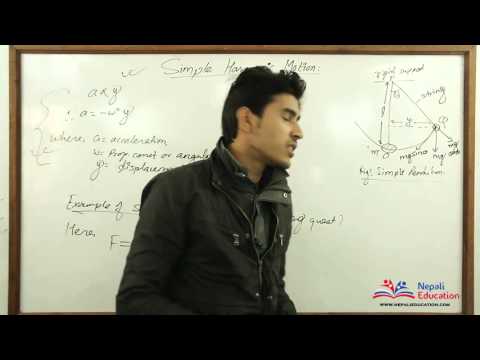 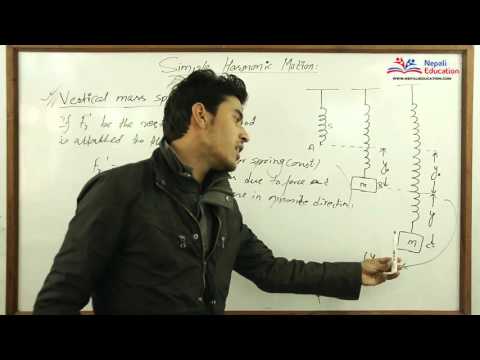