Europe is a continent that comprises the westernmost part of Eurasia. It lies in the northern hemisphere of the earth. It covers about 10,180,000 sq. km of the earth's surface, which is nearly 2% of the total earth's surface. It is extended from 25oW to 65oE longitudes and 35oN to 73oS latitudes. This unit also gives the information about the natural setting, physical features and climate of Europe.

Europe is a continent that comprises the westernmost part of Eurasia. It lies in the northern hemisphere of the earth. It covers about 10,180,000 sq. km of the earth's surface, which is nearly 2% of the total earth's surface. It is extended from 25oW to 65oE longitudes and 35o N to 73oS latitudes. The average length and the breadth of Europe are 6,400 km and 4,800 km respectively. It is bordered by the Arctic Ocean to the north, the Atlantic Ocean to the west and the Mediterranean Sea to the south, east, and southeast.
Europe is the second smallest continent in the world but has longest broken coastline with many bays, gulfs, and peninsulas. It has many peninsulas like Iberian, Italian, Balkan and Scandinavian peninsulas due to which it is known as “Peninsula of peninsulas”. Besides this, the Ural Mountains, Black sea, Caspian sea and other water ports connecting Aegean seas are found here. Black sea divides it from Asia and Gibraltar strait separates it from Africa.
Approximately, there are 50 countries. It is the third-most populous continent after Asia and Africa. It has 739-743 million population which carry nearly 11% of world’s population. The largest country Russia and the smallest country Vatican City lies here.

Europe is a collection of connected and nearby islands. There are a number of seas and islands, due to which it has easy access to sea ports within 1600 km apart from each country. The British Isles, Ireland, Iceland, Sicily, Crete, Cyprus, Gotland, Aland Island, and Sardina are some of them.
Similarly, the Mediterranean Sea and its shores are the indispensable part of the Europe. It provides the favorable climate to south European countries. A harbour of Mediterranean sea connects the Europe directly, which is the main route of the Europe. Because of the harbour, shipping and fishing have been easier to the people living in Europe.

Europe is divided into three main regions, they are as follows:

Europe has hundreds of rivers and their tributaries which cross the European continent. Some major rivers of Europe are Danube, Dnieper, Elbe, Loire, Jagus, Volga, Rhine etc. which have a great role in the people living in Europe for fishing and shipping.

European have higher and modern living standard compared to other continents. It is because of systematic progress and development in agriculture and industries. They live a busy and prosperous life throughout the year. Most of the natural resources of the continent have been harnessed. They have sufficient facilities of health, education, drinking water and entertainment, due to which people are getting free education and health services in some of the countries of Europe. European culture is the sub-root of Greek and Roman civilization.

Nepal is an economically poor country. Every year many tourists from Europe come to visit and promote Nepal in different ways. Nepal receives adequate assistance and grants from the European countries annually in development. Nepal has strengthened international fraternity to European countries like Great Britain, Germany, Finland, Denmark and many other countries which are supporting Nepal in health, education, transportation and other infrastructural sectors. 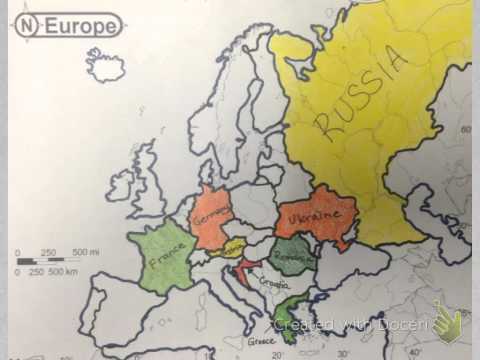 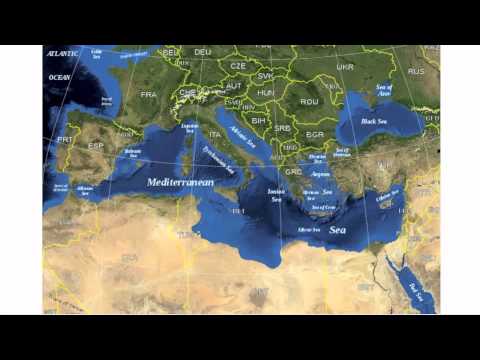 Describe the location and boundaries of the Europe.

Europe is the second smallest continent in the world. It lies entirely in the northern hemisphere of the earth. It is extended from 250W to 650E longitude and 350N to 730N latitudes.

Why is the Mediterranean region called as the Garden of the world?

The Mediterranean region is called as the garden of the world because it provides the favourable climate to the south European countries.

What is the area of Europe?

What is the average length and breadth of the Europe?

The average length and breadth of the Europe are 6400 km and 4800 km respectively.

Explain the  physical features of Europe.

The physical features of Europe are explained as follows:

Mention the socio-economic status of the Europeans.

The Europeans have a higher living standard compared to Asia and Africa because of the systematic progress in agriculture and industries. They have sufficient facilities of health, education, drinking water, entertainment etc.

How many countries are there in Europe?

There are 50 countries in Europe.

Where does Europe lie?

Europe lies entirely in the northern hemisphere of the earth .

How many types of physical features are there in Europe?

There are three types of physical features in Europe. They are :

Why is Europe known as the Peninsula of Peninsulas?