Nepal is a small beautiful country full of natural resources. Natural resources are the gift of nature found in the earth. It can’t exist from the world. It plays a vital role in the human and animal’s life. It also provides the information about different types of likes forest, soil, minerals, water etc.

Nepal is a small and beautiful country full of natural resources. Natural resources are the gift of nature found in the earth. It can’t exhaust from the world. It plays a vital role in the human and animal’s life.

Nepal is rich in various natural resources. Some of them are as follows:

The forest is a gift of nature. Green forest is the wealth of Nepal. It occupies about 39.6% of the total land of Nepal. We can’t survive in this world without it. It is a very important resource of Nepal to help in the economic development of Nepal. It provides wood, fuel, herbs, timber etc. Its features are based on its altitude, climatic condition, and land forms. Nepal has a tropical forest climate in the south and temperate and alpine climate in the north. According to the climatic conditions, the types of forest varies from place to place. Some of them are given below:

The soil is another natural resource of Nepal. In the context of Nepal, most of the people are dependent on soil for agriculture. It consists of water, dead leaves, roots, worms, bacteria, minerals, and humus. The soil is the

base for living beings and non-living things. On the basis of types, there are five types of soil in Nepal.

Minerals are the chemical elements found in the earth’s crust. Nepal is quite rich in mineral resources. It is very important for industrial development. Mineral deposits such as gold, diamond, mica, limestone, iron

ore, copper, petroleum, uranium etc. are found in the different parts of Nepal. Because of financial constraints, lack of technical and skilled manpower, adequate progress in the field of mining mineral resources of Nepal has not been achieved. The areas where minerals are found in Nepal are as follow:

Water is the basic component for the survival of human life. Nepal is rich in water resources. Nepal can generate more than 43000 MW of hydro electricity from the possible volume of hydropower generation of 83000 MW. But due to lack of possible manpower, we are able to generate only 600 MW hydroelectricity.
According to the report of the study, Nepal is the second richest country in the water resources after

Brazil. Water is one of the main natural resources of Nepal. Water resources are found in two forms. They are as follows:

Forest and its types 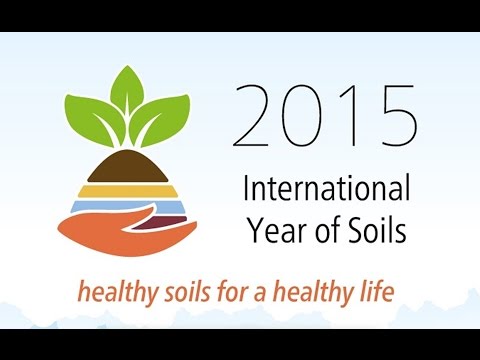 What are the main natural resources of Nepal? Enlist.

The main natural resources of Nepal are as follows:

What kind of soil is available in Nepal? Mention.

We can find 5 kinds of soil in Nepal. They are as follows:

Mention any five important minerals found in Nepal along with their locations.

The five important minerals found in Nepal along with their locations are as follows:

How important is the forest? Explain.

The forest is a very important resource for the survival of all living beings. It provides us shelter, foods, fuel, air etc. It helps to maintain the eco-system and also help to reduce globe warming. It provides beautiful scenery to the nation. It also provides the flora and fauna to the people and also helps in the medical field.

Soil is the composition of disintegrated and discomposed rock materials.

The six hydro-electricityof Nepal and their capacity are as follows:

What is surface water? Give examples of it.

Surface water is the water found on the surface of the earth's crust. Rivers, lakes, streams, springs etc. are the examples of surface water.

What is underground water? Give an example of it.

Underground water is found beneath the earth's surface. Well is an example of it.

Which hydro station has the highest potentiality to generate electricity? Write its potentiality.

Kaligndaki 'A' has the highest potentiality to generate electricity of 144 MW.

What is alluvial soil?

Alluvial soil is formed by a mixture of materials deposited by rivers and decayed vegetation.

How many types of forests are found in Nepal? Explain briefly.

There are five types of forest in Nepal. They are as follows:

What is Subtropical Evergreen forest?

Subtropical Evergreen forest is the forest found in the Terai region of Nepal having dense trees like Sal, Simal, Sisou etc.

Which is the oldest Hydro Electricity Project of Nepal?

Pharping is the oldest Hydro Electricity Project of Nepal.

Which is the richest country in water resources in the world?

Brazil is the richest country in water resources in the world.