Origin of the Earth

Origin of the Earth

Some hypotheses about the origin of the earth This hypothesis state that very large amount of matter was thrown out of the sun due to the collision of the sun and another star. Those hot matters cooled and the other planets along with the earth were formed and the remaining mass was the sun. According to Nebular hypothesis, the sun and the planets were formed from a large whirling cloud of hot gases and dust. As the surface of the cloud cooled by the radiation, a ring of the matter was formed at the equatorial region of it. The ring was escaped out from the surface of the main mass and the first planet was formed. The process was repeated again and again till the entire solar system was formed and the remaining mass became the sun.

This hypothesis is slightly different from the old planetesimal hypotheses suggested by Buffon. According to this hypothesis, the two stars did not collide but came very close to one another, and due to the gravity of the star, great bulges rose by the sun and the materials remained as large spiral arms and when they cooled, they broke away from the sun and the broken materials combined together to produce the planets and the remaining gaseous matter became the sun. According to this hypothesis, a passing star had exerted a tidal pull on the sun but the effect was to cause a long filament of gases to be drawn from the sun. The outer part of the filament escaped into space, the inner part came back into the sun and the middle part formed a series of round structures of different sizes, which were the planets.

This hypothesis proposed that the sun and the planets were formed from a large cloud of gases and dust. The light of the star pushed the atoms of the gases and dust to form huge particles which were attracted to each other by the pull of gravity. A huge ball of materials formed the sun and the part of the cloud of dust and gases stayed around the sun and slowly rotated. The huge whirlpools originated in this rotating clouds formed planets. In this way, the earth was originated in its cold stage.

Reason behind evolution of living beings on earth

Videos for Origin of the Earth 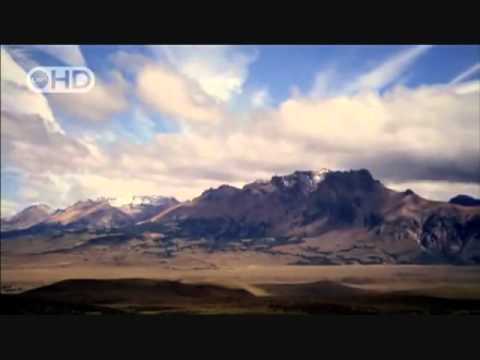 History of the Universe Part Three: The Formation of Earth

What is planetesimal theory? Who produced it?

Thomas Chamberlain propounded the planetesimal theory in 1905. Planetesimal theory explains that the earth is formed from the hot clouds and dusts which came out from the sun due to the sudden passage of a star nearby and condensing of the mass.

In 1755, Immanuel Kant proposed and in 1796 Laplace explained the Nebular Theory. According to this theory, the nebulae of the Milky Way galaxy contracted and formed the sun and other planets in course of rotation and revolution. The earth also kept on rotating and revolving that led to geochemical separation, i.e. heavier metals passed inside the earth and lighter elements remained on the crust. In this way, the sun, the planets and their natural satellites were formed.

What is the estimated age of the earth?

The estimated age of the earth is about 4.5 billion.

On what basis scientists have said human beings and the earth did not come into existence at the same time?

The basis that the “Origin of human being is not with that of the earth.”- is the phenomenon of determination of rock’s age and the study of fossils.

What is the hypothesis given by Jeans and Jeffery regarding the origin of the earth and solar system?

According to the hypothesis given by Jeans and Jeffery a bigger star closer to the sun causing tide and the material spitted out from the sun cooled to form the earth, other planets and satellites.