A sound wave is a periodic disturbance which travels through a medium transferring energy from one point to another without causing any permanent displacement of the medium. Sound needs a medium to travel. This note explains us about sound, echo, reverberations and absorption of sound along with its measuring components.

Sound needs a medium to travel. The medium can be solid, liquid or gases. It cannot travel in a vacuum. Sound travels faster in solids and liquids than in gases. Sound travels at a speed of 1500 m/s in water and at 5000 m/s in steel. Sound travels roughly at a velocity of 330 m/s in the air at 00 Celsius. The velocity of sound is maximum in solid and least in gas. The sound is reflected from the hard surfaces. Soft surfaces are better on absorbing sound.

A sound wave is a periodic disturbance which travels through a medium transferring energy from one point to another without causing any permanent displacement of the medium. A sound wave is produced by vibrating bodies. The vibration causes the surrounding air molecules to vibrate also producing a disturbance of the air. This disturbance travels out from the source of vibration in the form of longitudinal waves, which is the sound you hear.

The number of complete waves sets up in a medium in one second is called frequency of the wave. Its SI unit is hertz (Hz).

The time taken by the wave to complete one cycle or a complete wave is called time period. Its unit is second. The sound is produced by a vibrating body. It is propagated from the source to the listener through a medium in the form of sound waves. In the absence of a medium, no sound waves can travel. 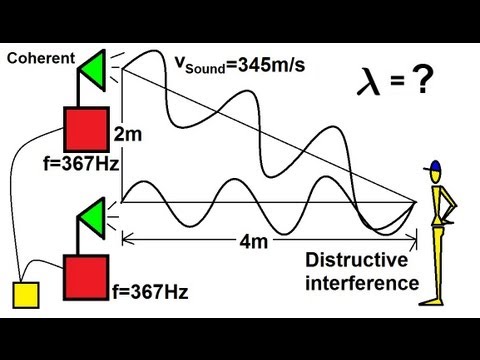 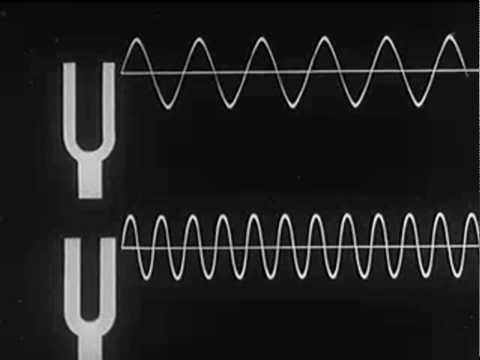 Sound is a form of energy which is produced due to molecular vibration of sounding body.

Write any four sources of sound.

Any four sources of sound are bell, radio, guitar, and speaker.

When the ringing bell is touched, it stops ringing, why?

When ringing bell is touched, it stops because sound is produced by molecular vibration and when we touch it, the vibration stops, ultimately sound stops.

How can you say that sound travels through solid?

Let your friend put his ear on the desk and you tap on the desk. Ask to your friend whether he heard the sound or not? Surely, you get the answer that he heard. Hence, we can say that sound travels through solid with high speed.

Show by experiment that sound cannot travel in vacuum.

How can you say that sound travels through liquid?

A bell and a hammer is taken inside water. Firstly, bell is hammered when it is not touching the water. We hear a very weak sound but when the bell touches the water, we hear a louder sound. This shows that sound travels in liquid.

Why does sound move faster in solid than liquids or gases?

Sound moves faster in water than air because molecules of the water is largely packed. Speed of sound in air is 332m/s and in water is 1500m/s.

Astronauts use electronic medium to talk to each other in space, why?

In space, there is no medium and sound needs medium to travel. So, astronauts use electronic medium to talk in space.

We cannot hear each other on the surface of the moon, why?

As we know that moon has no atmosphere, it means there is no medium and without medium sound cannot travel. So, we cannot hear each other on the surface of the medium.

What is the reason of hearing two sounds in one another side of the pole by hitting once in one side?

When we hit long pole then sound travels through two medium. One is solid (rod) and another is air. Speed of sound in solid is greater than air. Hence, a person at another end hears two sounds one from pole and another from air.

What is meant by reflection of sound?

When a sound strikes on hard surface, it returns to the same medium. This phenomenon is known as reflection of sound.

What is the speed of sound in air?

What happens when a bell is hammered inside water?

When a bell is hammered inside water, we hear very weak sound than that in solid.

Sound cannot travel in vacuum, why?

Sound needs material medium to travel but in vacuum nothing is present. It means there is no vibration in vacuum. Hence, sound cannot travel in vacuum.

Find the velocity of a sound whose wavelength is 6.6 m and frequency is 100 Hz.

If the velocity of sound is 360 m/s and frequency is 100 Hz. Find the wavelength of the sound.